by RM Customhouse Brokers
on July 12th, 2021
in importing and exporting
Comments Off on The Semiconductor Shortage: 4 Mind-Boggling Effects on the Global Supply Chain 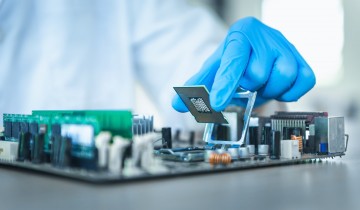 The Semiconductor Shortage: 4 Mind-Boggling Effects on the Global Supply Chain 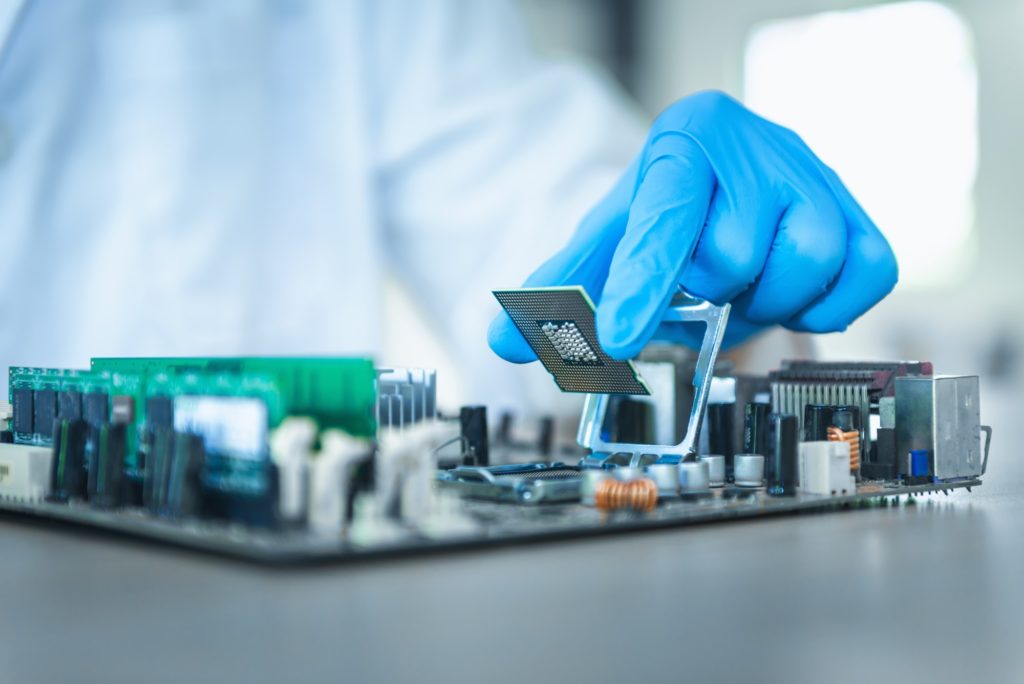 Unless you work in specific industries, you may not have yet felt the ripple effects of the semiconductor shortage. Still, if you’ve been in the market for a new car, a shiny new laptop, a Tesla, or another electronic device, or a smart appliance, you may have noticed something is afoot.

Space exploration and electric-car entrepreneur Elon Musk said, Our biggest challenge is the supply chain, especially microcontroller chips. Never seen anything like it.” This was in response to several concerns about the rising prices of one of the Tesla models. So these small chips, the fruits of the digital revolution, the brainchild of computer scientists and microchip innovators, composed of one of the most ubiquitous elements on planet earth, are at the center of economic turmoil in the 21st century.

It’s affecting everything in the supply chain and causing ripple effects on international trade. As customs brokers, we have our fingers at the pulse of the global supply chain as we work closely with the steady flow of exports and imports. In this post, we explore what the chip shortage means and the fascinating history of how they came to be a dominating component of the world’s devices.

Powering the World With an Abundant Element From Earth’s Surface

Today’s electronic devices are equipped with small chips known as semiconductors—small electronic switches responsible for computation performed by modern-day computers. The semiconductors are the building blocks needed for modern computation. The first silicon semiconductors—also called transistors— were devised in 1947 in the U.S. Before this, computers were powered by vacuum tubes that —as one can imagine—were not as efficient or as convenient. Once silicon was used as the primary element. The size of the transistors could be miniaturized, and voila, we get the small and yet powerful devices we have today. Silicon allowed for these transistors to be mounted onto a microchip, and suddenly a world of technological opportunities was there for the taking.

Despite its world domination and power, silicone is a relatively humble element. It merges with oxygen to form silicate minerals, which are abundant and found in 90% of the Earth’s crust.

Silicone has metallic and nonmetallic characteristics, which makes it very versatile. The tech hub of Silicon Valley got its name from this element, as it is the source of much activity there. The top four exporters of silicone are:

One fun fact to note is that a large percentage of the silicone extracted from quartz rock is found in Spruce Pine in North Carolina, as it is some of the purest silicone found on Earth. So as the world shares, Tik-Toks and Instagrams, many do so thanks to a very special element mined in the mountains of North Carolina.

The Cause of the Semiconductor Shortage

Various factors came together to cause the shortage, but it’s no secret that 2020 handed the economy its fair share of blows. From massive unemployment to uncertainty to massive lockdowns. Many closures of factories and plants had a domino effect on the economy, innovation, and research.

4 Major Industries that Suffer From the Semiconductor Shortage

As the world now runs on technology, the extent of the effects of the chip shortage is far-reaching. Ripple effects have been noted throughout the supply chain, from smartphones to electric toothbrushes to manufacturing. According to Goldman-Sachs, a whopping 169 industries are hit hard by the shortage of these silicone components.

Here are the top four:

Anyone that tried to purchase a vehicle recently may have noticed that the lots were not as full as they usual with brand new models. As the world was locked in due to covid, the demand for computers and electronics skyrocketed. Which meant the demand for these semiconductor chips increased. At the same time, many carmakers, suppliers, and dealerships were forced to close down. So when the world emerged from this apocalyptic lockdown, the demand heavily outweighed production. The industry is still struggling to catch up.

Similar to the auto industry, the covid pandemic hit the industry hard overnight. The whole world was stuck inside for school, work, and socialization. Research expects this industry to grow by as much as 18% in 2021. In 2020, the shipments of personal computers grew by 13%, surpassing the record in 2011 of 353.4 million units.

It’s not just those that are hoping to get new wheels but homeowners looking for certain appliances. In new washing machines, for example, low-margin processors weigh the clothes inside before beginning the cycle. Many washers, dryers, and even toasters now use semiconductors to operate.

Companies that rent out care make their money by purchasing new vehicles and loaning them out to drivers. Without the ability to purchase new vehicles, their fleet is reduced considerably, and it makes it harder to rent a car.

While we can’t control the semiconductor supply chain here at RM Customhouse, our friendly staff is highly knowledgeable about what’s happening in international markets and how that might affect your exports and imports.

Still have questions about exporting or importing goods? Connect with us today and learn how we help businesses stay in compliance and reach new markets.