by RM Customhouse Brokers
on March 12th, 2020
in customs broker customs broker agency
Comments Off on The Intricate World of Global Supply Chains and How Global Events Shape Them 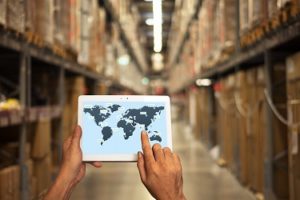 If you’re reading this in the middle of March 2020, you’ve likely heard of the illness known as Coronavirus, or Covid-19. As of the writing of this article (March, 6, 2020) the real danger of the illness in the United States is not entirely known. While there have been some reported cases in the country, none have been fatal and seem so far to be treatable. It might still be early to know how far or how wide this will spread if it spreads at all. Yet, one thing is for sure, the effects of the virus on global markets have been seen across the board and this is not the first instance of its kind. Other epidemics such as the bird flu and Sars also caused disruption—albeit temporary — of global markets, stock markets, and consumer confidence. So we thought we’d take a look at just the nature of the global markets and how they are affected by global events or happenings, even when outside the border of the United States. If you have an international business or are involved with international trading, you likely know that things are all very much interconnected.

The global supply chain is a dynamic worldwide network when a company purchases or uses goods or services from overseas. These supply chains are composed of not only products but people, information, processes, and resources involved in the production, handling, and distribution of materials and finished products.

As of the writing of this, experts in the industry are trying to take a look at how the supply chains will be affected by the Covid-19 virus. There have been reports that it is affecting supply chains and disrupting manufacturing operations around the world. There are plenty of assembly and manufacturing plants in the U.S and Europe and some may say that the impact of the virus might even cause them to pause or shut down production temporarily.

Much of the talk around the Covid-19 epidemic revolves around the idea that today—as opposed to 2003 with the SARS epidemic—China has a much bigger importance in the worldwide economic system. China has more than doubled its share of trade with the rest of the world since the early 2000s. During 2003, China’s GDP represented 4.31% of the world GDP. Today, China represents about 16% of the world GDP. For those involved in international trade, China’s growth is hard to miss.

China’s seeming incompetence in dealing with the epidemic and the lack of information they make available to the worldwide community also has investors and international trade holding its breath a little. This, obviously, creates uncertainty which is one of the biggest foes of market prosperity. China has seen a very negative impact on transportation and manufacturing activities in the country. All of this reverberates back to European and U.S markets that are tied to Chinese imports and exports.

Global Events that Shaped Markets in 2019

According to S&P Global, there were several major events that would dictate changes in trade policy, in the logistics sector, and the industrial supply chain. These events show just how interconnected the markets are. Let’s take a look at a couple of examples:

For many, these events may not have made the headline news, but each had its significance to the global trade markets and trade policies.

Do Imports and Exports Right With a Trusted Customs House

So while it is still too early to tell the overall impact of Coronavirus, it certainly has the industry of customs and international trade watching closely. After all, once this thing is clear, it may impact U.S and China trade deals even further. It might impact Chinese exports, production, etc. At the same time, it might have serious implications for certain industries.