The Interlacing Networks of International Markets & the Role of Custom Brokers 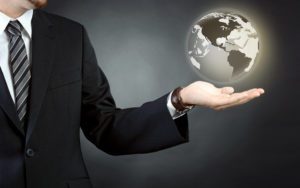 The concept of trade is inherent in human nature. If you observe small toddlers, they will often engage in the behavior of trading one toy for another. Perhaps we intuitively understand that things have value and that their value can be traded for something else that we want or need. The history of international trade goes back for thousands of years and is typically understood as two parties (or countries) engaging in economic transactions. The early traders started exchanging goods like spices, horses, teas, and silks. China’s old silk road is, in fact, the starting point for international trade. Today’s worldwide markets are complex and interlacing. We thought we’d take a  minute to look at the interlacing nature of the global markets, how they came to be, and some of the things that make them so complex.

The Source of Trade: Three Chickens for a Horse

The early days of trading can go back to the exchange of animals and livestock throughout Asia and early Europe. Merchants and nomads were always known to trade their goods amongst each other.  The Silk Road emerged during the Han Dynasty in China. As an economic concept, international trade began to spark conversations in 17th and 18th century Europe. With the advent of technology and transportation — including ships, railroads, and airplanes— trade continued to increase and form new routes. As new countries formed, new goods emerged that could be traded on the markets.

If you’re looking into or involved in international markets, or if you are in the business of importing and exporting, you know a thing or two about the concept of mercantilism that took hold of 16th and 17th century Europe. This concept focused on the welfare of the nation and was based on the conviction that national interests are always in conflict. This led to the imposing of wage controls and tariffs. Today, the idea of mercantilism is quite antiquated.

Today’s trade is a little more sophisticated than that.

Liberalism — The Next Step From Early Trade Restrictions

The next step in the development of international market trade continued with a more liberal approach to trade and trade policy. Nations like France began to see trade differently and experiment with different ways of seeing this economic transaction among nations. Economists like the well-known Adam Smith made the case for removing trade restrictions as a new model of trade and showed its advantages. This shift in thinking began a new way of looking at trade and how nations could benefit.

World War I did not only have devastating effects on nations, families, and the human psyche and existential state of mind but it also wreaked havoc on the world economies and how many countries went about trading. There was a surge of protectionism with the raising of customs barriers that made trade difficult. The League of Nations organized the first World Economic Conference that included the world’s most industrialized nations and led them all to subscribe to a multilateral trade agreement that was the precedent of many to come. Yet, this protectionist trade and new mercantilism took hold until after World War II, when world organizations took charge of promoting international trade.

There is a lot going on when it comes to trade and the complex networks of exports and imports. Some of the things that affect a lot of customs procedures and trade itself include:

The Role of the Customs Broker

Today, international trade is not any less complex. There are always rules to follow in order to be in compliance with the exporting and importing nation’s rules and regulations. Whenever a country takes in goods from another, these requirements must be met and that is our job as customs brokers. We help business owners expand their profits and business through international trade by taking care of the paperwork and complex web of rules to follow.

In order to avoid being hit with penalties for noncompliance or risking your business reputation or productivity, let us handle the complex paperwork involved in exporting and importing. We can help you with customs clearance and customs issues you may run into. If you are looking to export or import your goods or merchandise, call trusted RM Custom House Brokers and do trade right.