by christopher
on December 1st, 2014
in brokers El Paso
Comments Off on What to Expect When Working with Brokers in El Paso

What to Expect When Working with Brokers in El Paso

If you need to conduct business of any kind with brokers in El Paso, then it is good idea to get to know whom...

If you want a customs broker in El Paso who has a reputation for proven success as well as excellent customer service, then Rudolph...

Facing the tedious task of transferring goods across the border involves the oversight and assistance of a qualified customs broker who is licensed to...

Dear Respected Client,   We would like to share with you important information regarding the importation into the United States of American Goods Returned...

If you’ve ever had to secure a customs broker in El Paso, TX. for either importing or exporting, then chances are you’re already...

Read More
by christopher
on September 24th, 2014
in customs broker El Paso
Comments Off on Selecting a Customs Broker in El Paso

When you’re selecting a customs broker in El Paso what qualifications are you looking for?  Obviously, you want someone with an intimate knowledge of...

Getting a Customs Clearance for Your Goods Although there is no legal requirement for importers to hire a customs broker for the clearance of...

What’s Involved with Customs Clearance? When your business needs help with the crossover of goods from one national border to the next, it is...

Read More
by christopher
on August 22nd, 2014
in El Paso warehousing
Comments Off on Warehousing Services in El Paso, TX

Improving Warehouse Efficiency As you know, a basic goal for companies is to reduce the costs of operations. This is a general overarching vision,...

Read More
by christopher
on April 23rd, 2012
in news
Comments Off on CBP to Pilot Simplified Entry in Air Mode of Transportation 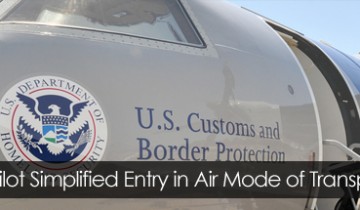 CBP to Pilot Simplified Entry in Air Mode of Transportation